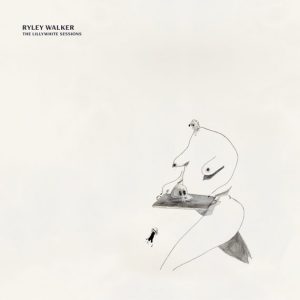 Ryley Walker is an amazing guitarist. Few dispute that. However, some may not realize how quirky his sensibilities are. The Walker album that I’m most familiar with is 2015’s Primrose Green. I’m a sucker for almost anything with a neo-psychedelia vibe. As many have noted, the spirit of Tim Buckley is rich on the album, and if you haven’t heard it, Primrose Green is very much worth your time. It’s ambitious, elegant, cerebral, literate, and sophisticated.

However, unknown to me until today, Walker has an even more quirky side. His first two releases were cassette tape only American Primitive recordings. The first of which was a bit of an ode to John Fahey. A guitarist to whom Walker is often compared. He followed the cassettes up with a vinyl only release with three tracks. The cassettes came out in 2011, the vinyl in 2013. Which brings us to the subject of today’s release.

Ryley Walker has covered a Dave Matthew Band album in its entirety due for a release on November 16th. The album in question is The Lillywhite Sessions. If you don’t follow DMB very closely, which I don’t, you may be unfamiliar with the 2001 album. That’s because it was never finished and never released.

Steve Lillywhite is a legendary producer who worked with U2, The Rolling Stones, Peter Gabriel, Talking Heads, Morrissey, and a lot of other people. In 2000, he got together with Dave & Co. to create a follow up to 1998 Before These Crowded Streets (which I’m fairly certain is the last Dave album I’ve heard in its entirety). Dave’s label forced the band to scrap the album, and bring in a new producer: Glen Ballard. Matthews and Ballard wrote a new album, Everyday, in less than two weeks, which was a creative departure for the normally collaborative DMB. In 2002, most of the Lillywhite tracks got reworked into Busted Stuff.

Enter, Ryley Walker, who is putting his stamp on the entire Lillywhite project starting with the title track, “Busted Stuff,” which Walker has released today. Before listening to Walker’s version, for those who need a reminder, like me, here’s the DMB take from the 2002 album:

A pretty good example of why DMB stopped being interesting to me. The melodies aren’t sharp, the band isn’t quite jamming but still too funky for the vocals to truly be the focus, for me, it all comes across a bit middle of the road and directionless. Are we a jam band? Or are we Dave’s backing band? This is a common observation about many of DMB releases. In Walker’s hands, however, this song is transformed to the following:

A driving, sensual folk-rock with improvisational moments. Not quite jazz or folk, really. The effect is hypnotic, freewheeling, and wistful. November 16th is when the rest of his album releases, and until then, I plan on checking into the rest of Ryley Walker’s back catalogue, which by my count appears to be six LPs. Quite an overlooked talent.